The City of Lake City Administrative Offices will be closed Monday, May 30, 2022, in observance of Memorial Day. 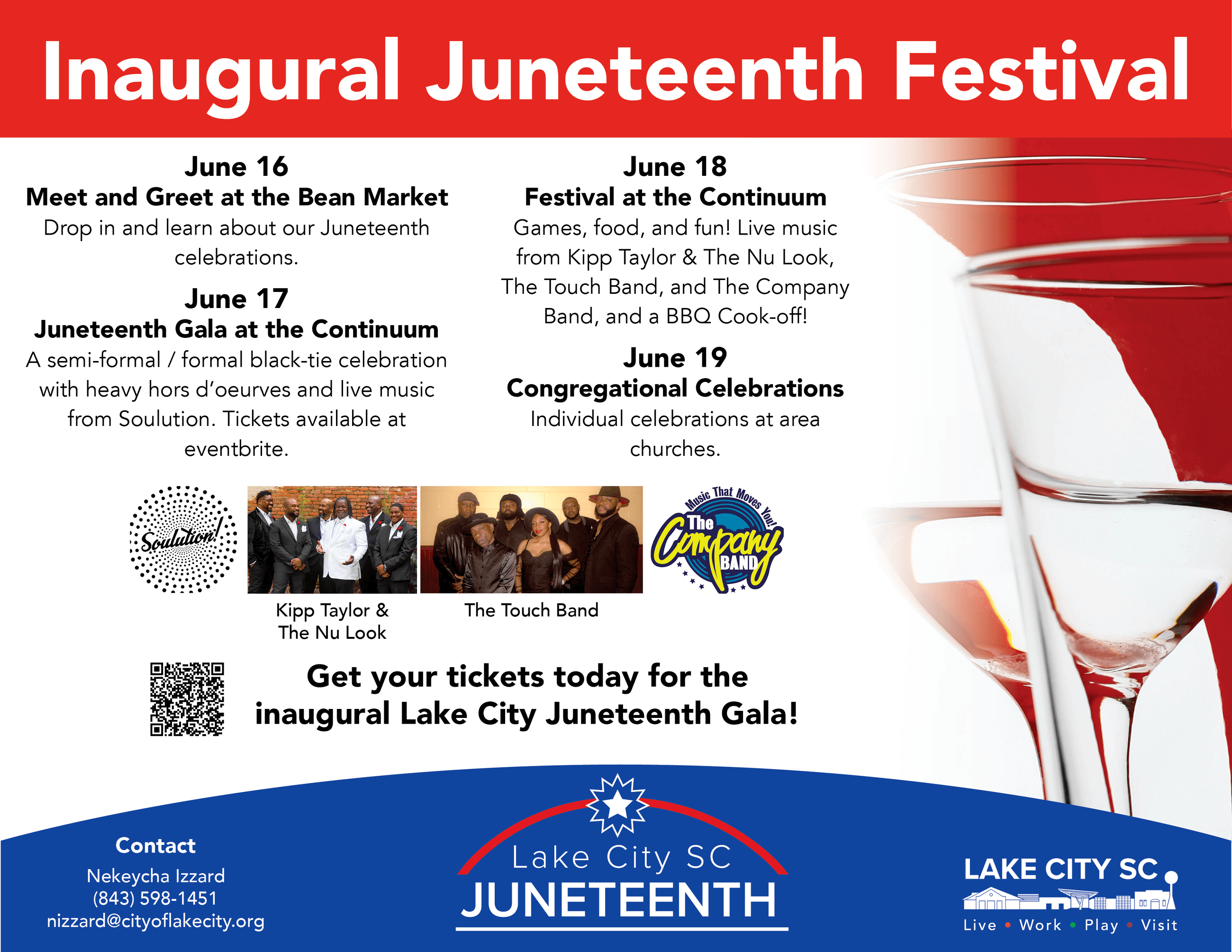 The City of Lake City has two open seats on the Architectural Review Board. To apply, visit the Administration Building at 202 Kelley Street to fill out an application.

Responsibilities of the members of the ARB

For more information regarding the board, email LaToya Miller, administrative assistant, or call 843-374-5421 ext.100.

New Changes to Absentee Voting in Effect for June 14 Primaries

COLUMBIA, SC (May 18, 2022) – On May 13, 2022, Governor McMaster signed into law legislation passed by the General Assembly that establishes early voting and makes significant changes to the absentee voting process.  The State Election Commission wants voters to be aware of how these changes affect absentee voting in the June Primaries.

The following lists some of the more significant changes to the process. For complete details and to see the new absentee process step-by-step, visit the Absentee Voting page at scVOTES.gov.

Any voter can visit an early-voting location in their county to vote early (similar to voting at the polling place on Election Day).

Photo ID is required to vote at an early voting location.